No payment mode specified. Only browsing available on this store. Dismiss 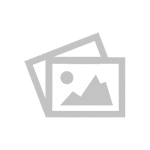 Sorry!! No such products exist.

Could not find what you looking for? Let us know

Thank you! We will revert to you as soon as possible.

Welcome to the world of Thenga!

Ever wondered what 'Thenga' means? Thenga in Malayalam means coconuts! We are a small women led start-up from Kerala, India - working on products made with discarded coconut shells.

Now you can purchase our products hand-made in a small village in Kerala from anywhere in the world. Thank you for supporting our mission, and saving coconut shells from going to the landfill !

Have no Products yet

Thenga was founded by Maria Kuriakose, in August 2019. She was originally from Kerala, but migrated to Mumbai for higher studies and work. As she was working there, she felt the urge to return to her home-town and start a business that supports the agricultural sector of Kerala. She decided to zero-in on coconuts as that was the main agricultural crop in Kerala and the state was named after coconuts! Kera means coconuts, and Kerala is the land of coconuts.

There are no items in your cart.

Congratulations! you have further availed {( cartProducts.ws_breakup.storelevel.discount_percent )}% OFF.

Sorry, delivery is not available at your location.

This item is Sold Out.

*Reset password link will be sent to your email.

Get your own online store at